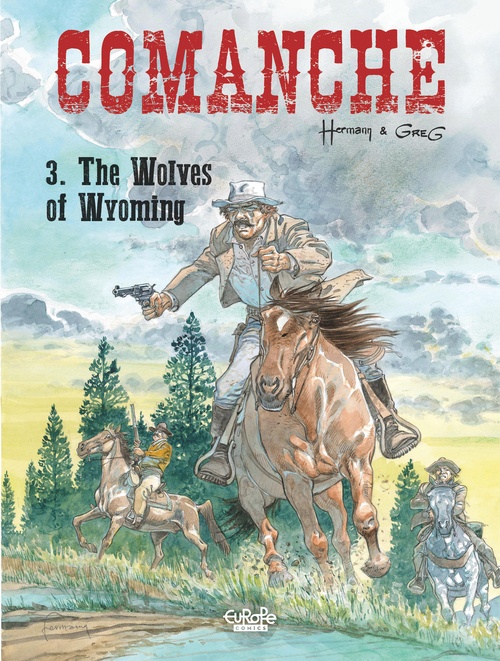 Comanche - Volume 3 - The Wolves of Wyoming

When the notorious Dobbs brothers are foiled in their attempt to attack the stagecoach and ride off with the ranchers' gold, they vow to get the money at all cost. Before long, both the gang of brothers and the entire Triple Ranch crew, accompanied by a mysterious preacher who's awfully good with a six-shooter, are on the trail of one man... the mule-riding, whiskey-drinking Pharaoh Colorado, whose saddlebags are filled with gold and whose flask is tragically empty. Maybe he can just make a quick stop at the cabin of Trapper Hans for a swig of hooch.... Little does he know, that cabin is about to become the scene of much more than a few rounds between friends, as darkness descends and a deadly showdown grows imminent.