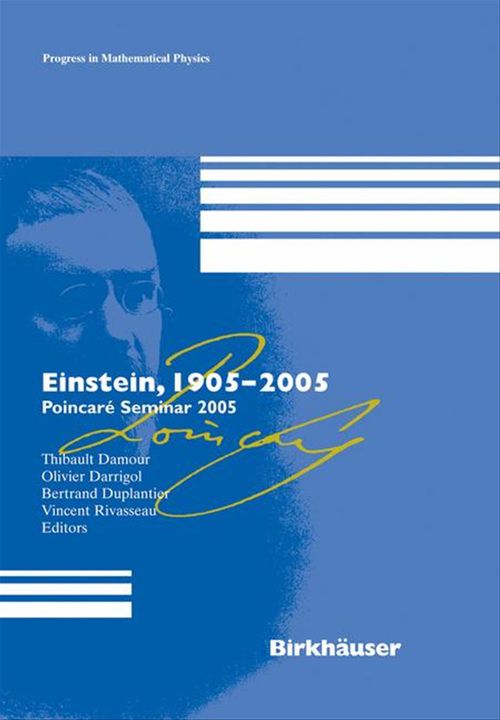 This book is the fourth in a series of lectures of the S´ eminaire Poincar´ e,whichis directed towards a large audience of physicists and of mathematicians. The goal of this seminar is to provide up-to-date information about general topics of great interest in physics. Both the theoretical and experimental aspects are covered, with some historical background. Inspired by the Bourbaki seminar in mathematics in its organization, hence nicknamed "Bourbaphi", the Poincar´ e Seminar is held twice a year at the Institut Henri Poincar´ e in Paris, with cont- butions prepared in advance. Particular care is devoted to the pedagogical nature of the presentations so as to ful?ll the goal of being readable by a large audience of scientists. This volume contains the seventh such Seminar, held in 2005. It is devoted to Einstein's 1905 papers and their legacy. After a presentation of Einstein's ep- temological approach to physics, and the genesis of special relativity, a cen- nary perspective is o?ered. The geometry of relativistic spacetime is explained in detail. Single photon experiments are presented, as a spectacular realization of Einstein's light quanta hypothesis. A previously unpublished lecture by Einstein, which presents an illuminating point of view on statistical physics in 1910, at the dawn of quantum mechanics, is reproduced. The volume ends with an essay on the historical, physical and mathematical aspects of Brownian motion. We hopethatthe publicationofthis serieswill servethe community ofphy- cists and mathematicians at the graduate student or professional level.