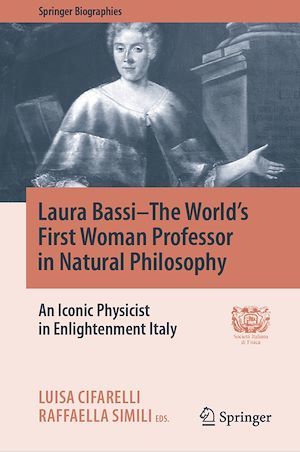 This book provides a fascinating insight into the life and scientific work of Laura Bassi, the first female member of the influential Academy of Sciences of the Institute of Bologna and also the first woman to be appointed a university professor in physics, or universal philosophy as it was then termed. The book describes Laura Bassi's research activities and achievements, explaining the influence of Newton, her role in promoting Newtonian experimental physics in Bologna, and her work as an experimentalist, including on electricity. Much attention is paid to the context in which Bassi developed her career. The very considerable difficulties faced by a woman surrounded by male university teachers and members of the Academy are discussed, casting light on the constraints that led Bassi to set up the first experimental physics laboratory in her home, complete with the many instruments required for experimentation and private teaching. The aim is to provide a rounded and well-documented account of the scientific endeavors and achievements of a too often overlooked scientist who struggled to overcome the prejudices of her age.