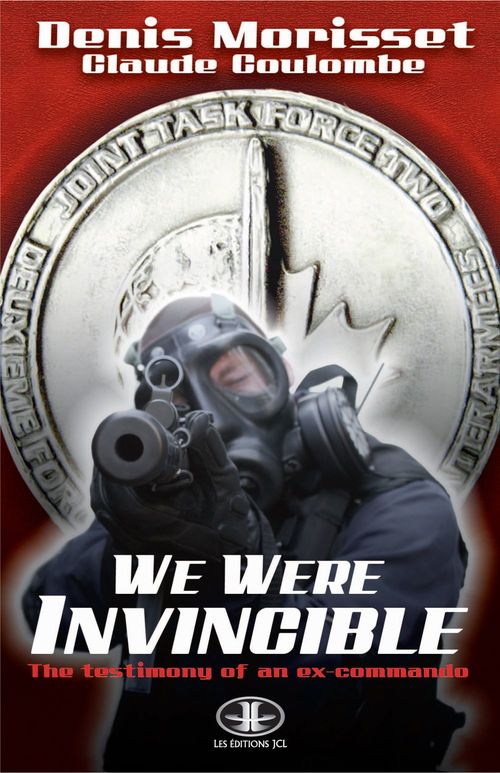 Nobody really knows who these men are- men in black dropped off by a helicopter on the outskirts of a small Afghan village; wading through swamps in Croatia, intent on killing a war criminal; who ensure the protection of a Canadian General in Rwanda; who subdue hostage takers in Peru; and who prove, on-site, the Serbian disarmament lies told by President Milosevic.

DENIS MORISSET was part of the initial sixteen-member Joint Task Force 2 (JTF 2) unit from 1993-2001. His extensive and rigorous training and hardships will make more than one reader realize that his being alive today is nothing short of a miracle. Seven members of his unit have not lived to tell the tale. />
Canada, for good reason, will never render justice to these anonymous combatants whose only medals of bravery are the numerous scars still visible on their bullet-proof vests.

Unlike the British SAS and the United States' Delta Force, this special Canadian intervention unit was, according to David Rudd of the Canadian Institute of Strategic Studies, trained "to infiltrate into dangerous areas behind enemy lines, look for key targets and take them out. They don't go out to arrest people. They don't go out there to hand out food parcels. They go out to kill targets."