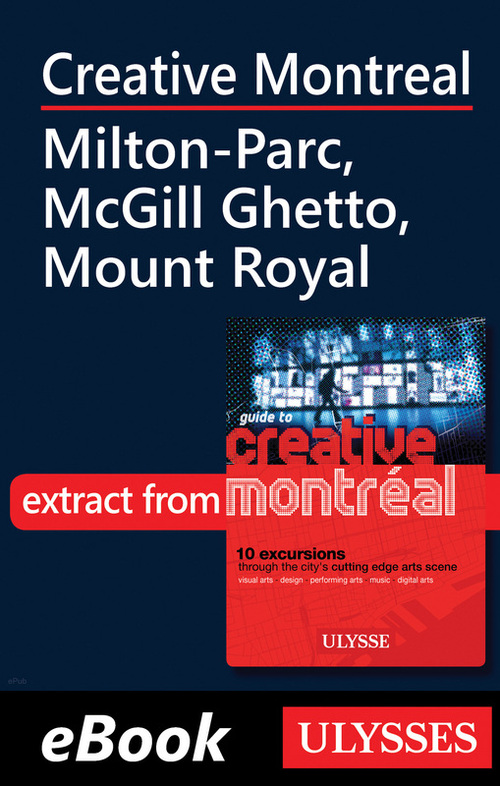 The Guide to Creative Montréal's Milton-Parc, McGill Ghetto and Mount Royal tour offers a foray into the fields of performing arts, visual arts (art galleries and public artworks), digital arts, music and design.
The Milton-Parc neighbourhood is poised between the past and the future: the row-house architecture of yesteryear contrasts with the forward-looking faces in the streets. McGill University is not far away, and it makes its presence felt. The presence of the oldest and most prestigious of Montréal's four universities gives the area its unofficial name: the McGill Ghetto.
While there are a few cultural institutions to visit here, most of our tour will be devoted to soaking up the culture of the street... and the mountain-;the McGill Ghetto has the considerable perk of sitting at the foot of Mount Royal. Naturally, the tour will lead you up its slopes, home to several works in the City of Montréal public art collection. The tour features countless bookstores, record stores, cafes, restaurants and shops where you can stop along the way.