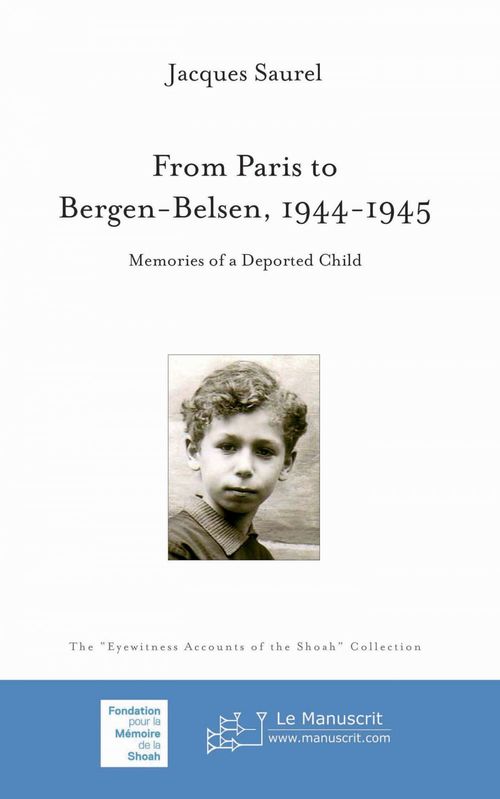 From Paris to Bergen-Belsen : memories of a deported child

Born in 1933, Jacques Saurel might well have known the fate of so many children of Jewish parents who emigrated from Poland between the wars: Auschwitz and the gas chamber. He owed it to his father that he initially had no problems with the authorities. As a volunteer for military service and then a prisoner of war, his father protected Jacques and his family under the Geneva Convention. But the Nazis were looking for hostages to deport. Thus, in early February 1944, Jacques, his oldest sister (the younger one was in hiding) and his little brother were detained with their mother for three months in the Drancy internment camp, before being deported to the _x001A_Star Camp_x001A_, Bergen-Belsen. It