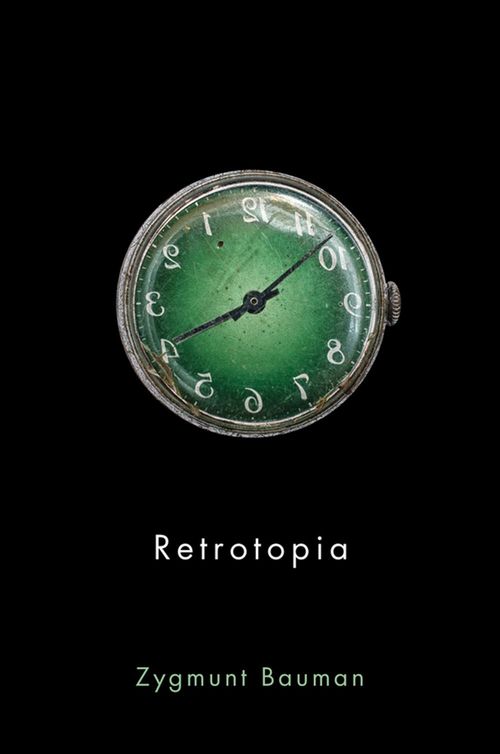 We have long since lost our faith in the idea that human beings could achieve human happiness in some future ideal state-a state that Thomas More, writing five centuries ago, tied to a topos, a fixed place, a land, an island, a sovereign state under a wise and benevolent ruler. But while we have lost our faith in utopias of all hues, the human aspiration that made this vision so compelling has not died. Instead it is re-emerging today as a vision focused not on the future but on the past, not on a future-to-be-created but on an abandoned and undead past that we could call retrotopia.
The emergence of retrotopia is interwoven with the deepening gulf between power and politics that is a defining feature of our contemporary liquid-modern world-the gulf between the ability to get things done and the capability of deciding what things need to be done, a capability once vested with the territorially sovereign state. This deepening gulf has rendered nation-states unable to deliver on their promises, giving rise to a widespread disenchantment with the idea that the future will improve the human condition and a mistrust in the ability of nation-states to make this happen. True to the utopian spirit, retrotopia derives its stimulus from the urge to rectify the failings of the present human condition-though now by resurrecting the failed and forgotten potentials of the past. Imagined aspects of the past, genuine or putative, serve as the main landmarks today in drawing the road-map to a better world. Having lost all faith in the idea of building an alternative society of the future, many turn instead to the grand ideas of the past, buried but not yet dead. Such is retrotopia, the contours of which are examined by Zygmunt Bauman in this sharp dissection of our contemporary romance with the past.