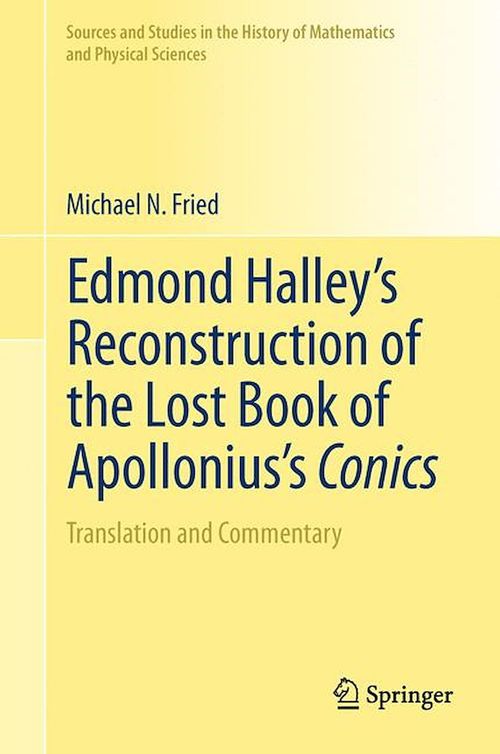 Edmond Halley's Reconstruction of the Lost Book of Apollonius's Conics

Apollonius's Conics was one of the greatest works of advanced mathematics in antiquity.  The work comprised eight books, of which four have come down to us in their original Greek and three in Arabic.  By the time the Arabic translations were produced, the eighth book had already been lost. In 1710, Edmond Halley, then Savilian Professor of Geometry at Oxford, produced an edition of the Greek text of the Conics of Books I-IV, a translation into Latin from the Arabic versions of Books V-VII, and a reconstruction of Book VIII.   The present work provides the first complete English translation of Halley's reconstruction of Book VIII with supplementary notes on the text.  It also contains 1) an introduction discussing aspects of Apollonius's Conics 2) an investigation of Edmond Halley's understanding of the nature of his venture into ancient mathematics, and 3) an appendices giving a brief account of Apollonius's approach to conic sections and his mathematical techniques.This book will be of interest to students and researchers interested in the history of ancient Greek mathematics and mathematics in the early modern period.