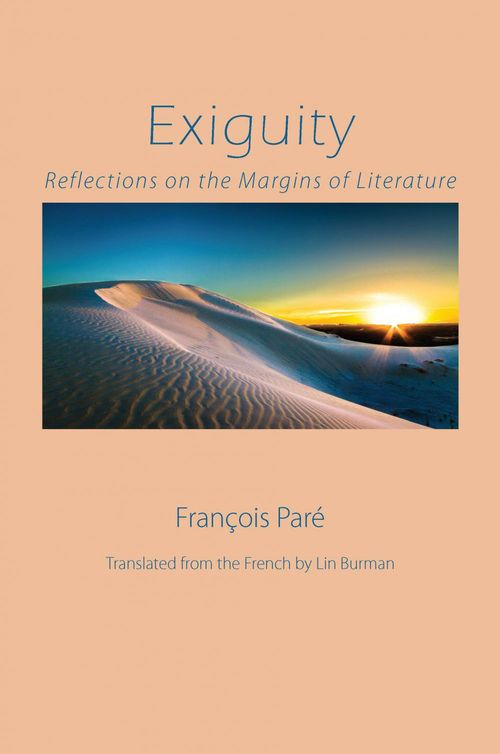 For the past four centuries, five major languages have dominated Western literature. This domination has excluded or rendered marginal all other literatures - has, in effect, diminished literary diversity and endangered the existence of the literature of "smaller" cultures. In an illuminating defence for their preservation, François Paré reflects on the diversity of cultures and languages in the world and on the fantastic richness of "smaller" literatures. He offers us memorable samples of this diversity and, in his original and thought-provoking style, tantalizes us with critical musings on the complexity of "marginal" literature and the regenerative power it can offer. Exiguity: Reflections on the Margins of Literature reflects Paré's deep involvement with the development and preservation of minority cultures in Canada.