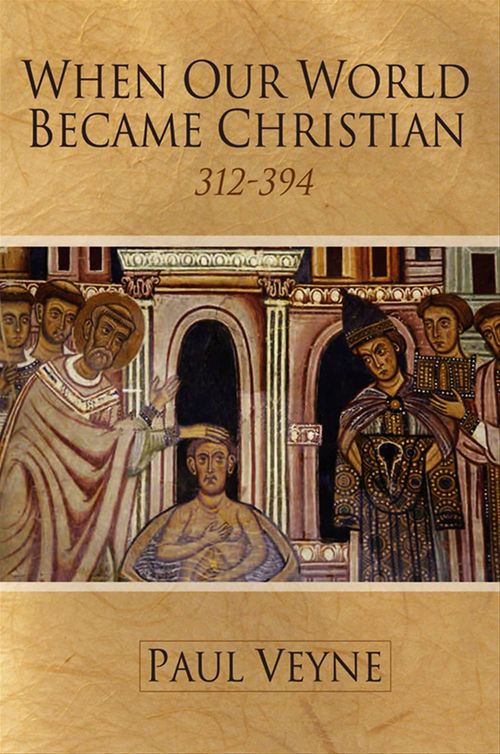 When Our World Became Christian

This short book by one of France's leading historians deals with a big question: how was it that Christianity, that masterpiece of religious invention, managed, between 300 and 400 AD, to impose itself upon the whole of the Western world? In his erudite and inimitable way, Paul Veyne suggests three possible explanations.
Was it because a Roman emperor, Constantine, who was master of the Western world at the time, became a sincere convert to Christianity and set out to Christianize the whole world in order to save it?
Or was it because, as a great emperor, Constantine needed a great religion, and in comparison to the pagan gods, Christianity, despite being a minority sect, was an avant-garde religion unlike anything seen before?
Or was it because Constantine limited himself to helping the Christians set up their Church, a network of bishoprics that covered the vast Roman Empire, and that gradually and with little overt resistance the pagan masses embraced Christianity as their own religion?
In the course of deciding between these explanations Paul Veyne sheds fresh light on one of the most profound transformations that shaped the modern world - the Christianization of the West. A bestseller in France, this book will appeal to a wide readership interested in history, religion and the rise of the modern world.